For me, Tibor will always be “Tibbie,” as that’s the nickname used by his family and close friends. Our families have known each other for a very long time and my mom and Carla’s mom were good buddies. They were both pianists and between the two of them, they pretty much played all of the Jewish weddings in Kansas City! I started babysitting for the Klausners when I was 12, so when I finally started taking lessons, it was a little difficult at first, probably because the dynamics had to change. We were almost too familiar with each other.

I took a few lessons with him during my first three years of high school and then regular lessons in my senior year to prepare me for the University of Missouri Kansas City Conservatory. I studied with him throughout my four years at the Conservatory and then went to the Cleveland Institute of Music for my Masters. But I came back for one more year in with him before I ventured out on my orchestral job audition trek. He was extremely hard on me because he had incredible faith in me, much more than I had in myself. I didn’t think that I would ever make it as a professional orchestral musician, but with a lot of hard work, perseverance and patience on both of our parts, I did it!

One thing I’ll always remember about my lessons. When I’d be playing and would make a mistake, I would usually utter a 4-letter word under my breath. All of the sudden and with great animation, he would come up to my music stand, look intently at the music, and in his thickest Hungarian accent say, “Where, where in the music does it say shit?”

Judy Levine-Holley is in her 37th season as a violinist with the San Antonio Symphony.

I was one of the lucky ones as I began taking private lessons from Mr. Klausner (I cannot to this day call him Tibor) in 1970, when I was in the 9th grade. I found it a bit tricky in the beginning to understand his thick accent, but that just made me listen even more carefully to everything he had to say. I continued studying with him through high school and then UMKC. Once I graduated and began teaching elementary strings, I missed the private lessons, and after a year “off,” resumed lessons until my son Andrew was born. The last piece I learned was “Carmen” — while I was seven months pregnant.

Whether teaching my students or practicing on my own at home, I constantly hear Mr. K’s voice (with the great accent) telling me how best to practice a tricky passage. And anyone who took lessons from him knew to begin every practice session with scales, scales, and more scales (which I hated back then, but now practice everyday). Similar to Ricky Ricardo’s “Aye, yi, yi, yi, yi”… Mr. K. had several expressions he used to show his pleasure or concern about a particular passage. When I would reach a passionate section (once I was married, of course) he would say in his thick accent, “Sink of Dabid” (my husband) which unfortunately made me laugh rather than emote passion.

I was lucky enough to attend lots of Mr. K’s symphony, quartet, and duo concerts over the years. Not only was he inspiring to watch and listen to – I loved how he often made eye contact with Carla. They have such a special bond to this day! He still looks at her with such a twinkle in his eye.

Jennifer Mitchell taught elementary strings in the Shawnee Mission Public Schools for 36 years. Now retired, she continues to play with the Kansas City Civic Orchestra, where she serves as Chair of the Educational Outreach Committee. She and her musical partner, Don Goldenbaum, perform Educational Outreach programs for PreSchool thru 5th grade students (over 2,500 students so far) around the greater Kansas City area. Jennifer plays violin every Sunday at her church and also performs regularly at six residential care facilities for adults with physical and mental needs.

First of all, I can tell you that Mr. Klausner is an amazing teacher and mentor. I studied with him from 1990-92 and during the 2005 and 2007. I received a Master’s in Violin Performance in 1992 and started my doctorate under his tutelage. Unlike his other students, I had already performed professionally for many years. Mr. Klausner respected me as a colleague, was willing to adjust to my ways of performing, and complimented what I had learned instead of demanding “his way only.” He was very encouraging, but had high expectations. He really pushed me and built up my self esteem.

Previous teachers would expect certain standards, but they had no idea how to get me there. Mr. Klausner knew exactly what to do and say, and every detail was exposed. I remember him saying things to me like, “it’s always about the music.” I didn’t care if I missed a note, as portraying the music has always been the most important thing to me, but Mr. Klausner picked up on this right away and pushed me musically as well as technically. There were sometimes tears (on my part), but he knew that I was pushing myself. In the Saint-Saens, Introduction and Rondo Capricccioso, the last page is extremely fast. I performed this piece in my youth, and worked on it again with Mr. Klausner. He had me perform the last page starting up bow (instead of down bow). It felt as if I had two left shoes on, but amazingly enough, the passage was better than ever once I played it as written.

Mr. Klausner would always talk about the “ten gangsters” — the left hand fingers (and I guess the right hand – bow hand). When a passage would “run away,” he would be referring to the fingers running away. We worked on splitting up a ten note run into groups of 5 plus 5, etc. Every note counted. I now use this teaching concept every day with my own students. There were also five dotted rhythm patterns that Mr. Klausner would use for scales, passages, etc. and I use these same patterns with my students. He knew exactly how to take apart difficult passages; practice them; and put them back together again 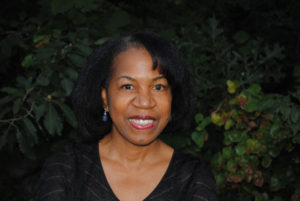 I have many wonderful memories of my time as a student of Tibor Klausner, but one memory stands out among them all. It was one of those defining moments, when you really understand someone and what it means to be a person of high principle and strong character.

As an African American college student in the 70s, one of the challenges was to find an apartment close to the university, which was in a part of town not known for reasonable rents, but very well known for its limited racial demographic makeup. My best friend and I finally found a place across the street from the Conservatory and were excited to have found something we could actually afford so close to school and our classes. But there was a problem. On the phone, we were told there was a vacancy, but when we showed up in person to take the apartment, we were told there was no vacancy. It’s a sad and off-told story among African Americans, and while we had heard about this kind of thing happening, we were still shocked that it could happen to us.

My friend and I had grown up in an all-black part of Kansas City, Kansas, and felt highly privileged to have Mr. Klausner as our teacher. He was special, the best violinist we had ever heard. He was diligent and dedicated, and always had our best interest at heart. And, as we were about to find out, he was willing to step outside of the normal boundaries of academia when a student was in need. When we told Mr. Klausner about our troubles, he was really, really concerned, and I could tell that he was deeply affected by this injustice. When he learned we were going to go back to see the landlord and inform her of what we knew to be our legal rights, he volunteered to go with us. The details of that visit are vague to me now, as it was so long ago, but I remember Mr. Klausner standing with us as we spoke with the woman who had lied to us, facing down an injustice that was undeserved. From that one incident, he made it clear to us where he stood, and would always stand with his students; by their side when they needed him, even if it put him at risk. I had the feeling that it may have been personal for him, in a way. I never asked him, but can only imagine what his life was like as a young boy growing up in Europe.

There are other great memories too, some very amusing. A group of us got together to create a “mood indicator,” a little cartoon with Mr. Klausner’s face in various states of delight or distress and a dial to indicate the mood the previous student had left him in. When one of us would leave the lesson, the student would reset the dial for the next. When Mr. Klausner finally saw it on his door, he began resetting the dial himself! That was an example of his great sense of humor and humanity. We loved him for that, and for so many things.

I credit Mr. Klausner, as one of the people who has inspired me, motivated me and helped me grow, both musically and morally, into the person I am today.

Rosalyn Story has played with the Kansas City Symphony, The Tulsa Philharmonic and is currently with the Fort Worth Symphony. She is the author of three books: And So I Sing: African American Divas of Opera and Concert, More Than You Know (a novel) and Wading Home: a novel of New Orleans.